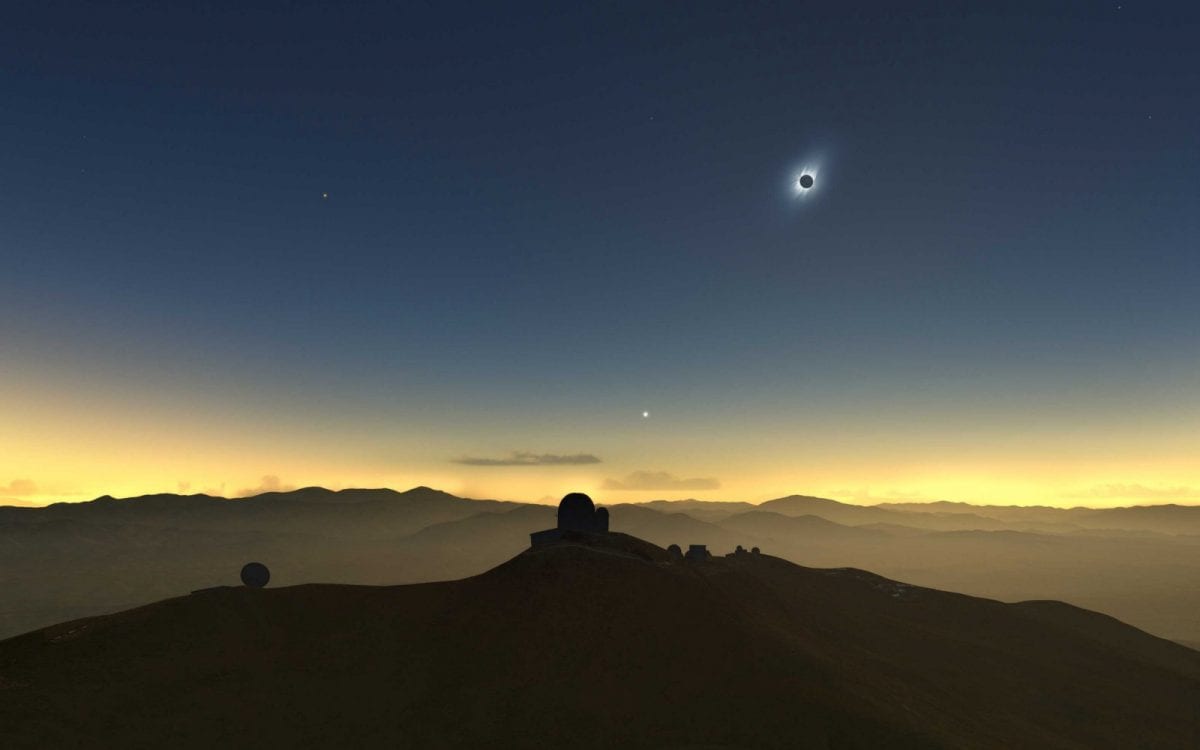 Eclipse Portal have updated the total solar eclipse 2019 page to provide eclipse timings for locations across Chile and Argentina. We have also added a maps page to provide details maps along the path of totality. Further details will soon be added including weather prospects, tours and local transport information. Be sure to check back…

The only total solar eclipse to occur in 2019 graces the skies of the Pacific Ocean and Latin America on Tuesday 02 July, 2019. Maximum eclipse duration is a respectable 4 minutes and 33 seconds at a remote location in the southern Pacific. The Moon’s shadow will boast a diameter of 201 kilometres at this point.With less than two months to go, most enthusiasts already have their transport and accommodation booked.

Contingency plans are already in place at probably one of the world’s best stargazing destinations.  Chile’s Elqui Valley are expecting over a quarter of a million visitors for the eclipse this July. Meanwhile, the
Mamalluca Observatory are offering tours on eclipse day in both English and Spanish.

One of the largest cities in the path of totality is expecting a population increase of five-fold in the days surrounding the eclipse. It’s approximately a fourteen hour drive from Buenos Aires (or a 90-minute flight).

Being the capital and largest city of Argentina, we have included this location on this page as the city is tantalisingly close to the path of totality’s northern limit. The city will not experience true totality however this is a good choice for folk wishing to avoid the long, complex journeys to remote locations. As with all capital cities, there are ample parks to settle and enjoy the eclipse among excited crowds.