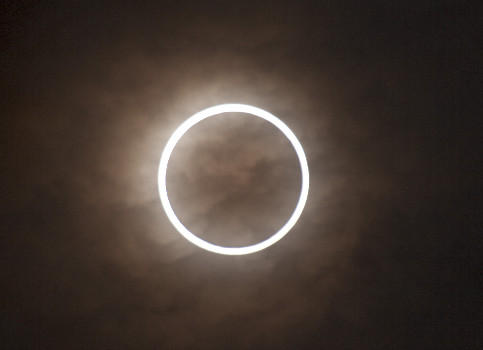 On Sunday 21st June, 2020 an annular eclipse of the sun will occur briefly creating a “ring of fire” in the sky to viewers positioned in the right place.

The annular eclipse can be viewed from within a narrow corridor beginning in the Republic of Congo in central Africa, the southern Arabian peninsula, northern India and southern Asia before entering the Philippine Sea.

The eclipse path crosses many countries beginning with the Central Republics of Africa, South Sudan Ethiopia and Eritrea…

The path of annularity then continues by crossing the Red Sea in to Yemen through a small section of southern Saudi Arabia, eastern Oman on in to the Gulf of Oman.

The annular eclipse can then be seen from southern Pakistan and the northern tip of India. The point of greatest eclipse (where the annular phase lasts the longest), is in the mountainous region of northern India. Here the annular phase of the eclipse lasts a mere 38 seconds on the eastern edge of the Nanda Devi National Park.

The path then follows the long journey across the remote Chinese region of Tibet north of the Himalayas.

The last leg of the annular solar eclipse flows through the Chinese provinces of Sichuan, Guizhou, Hunan Jiangxi and Fujian. The large port city of Xiamen will enjoy the ring of fire with a population of 3.5 million people it is the most heavily populated city to witness the 2020 annular eclipse.

The path then races on over Taiwan right through the center of Chiayi City.

The eclipse path then leaves landfall to race south-eastward through the Philippine Sea before the northern edge of the path passes around 10 miles south of the island of Guam. The eclipse finally ends ending approximately 200 miles south-east of Guam in the Western Pacific Ocean.