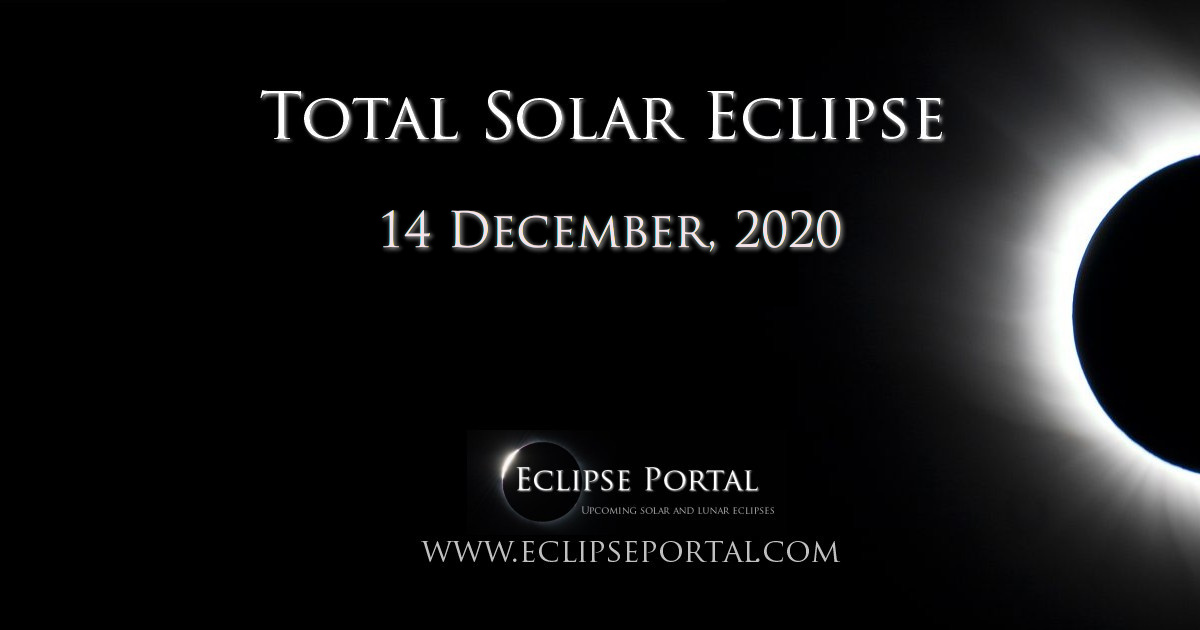 On December 14, 2020 a total solar eclipse will be visible from within a narrow corridor that traverses the Pacific Ocean, South America and the Atlantic Ocean.

This total solar eclipse, the last eclipse of 2020, will be visible from Chile and some parts of Argentina in the afternoon. Some regions of southern South America, south-west Africa, and Antarctica will see a partial solar eclipse.

The total eclipse begins roughly 600km east of the Marquesas Islands in the south-central Pacific Ocean. The Moon’s central shadow races across the Pacific not touching land for over 6500 kilometers until reaching the small Chilean island of Mocha at 12:58 pm local time.

Below are some more detailed maps of the 2020 total solar eclipse across Chile and Argentina.

In Chile, the partial phase of this eclipse on 14 December, 2020 begins just before noon as the Moon takes a small ‘bite’ out of the Sun’s top-left limb. This is often called ‘First Contact’.

Totality (the time when the Moon completely covers the Sun’s disk) occurs roughly an hour and 20 minutes after first contact. This is called ‘Second Contact’.

This total phase of the eclipse can only be observed in a narrow corridor some 90 miles in wide from northern to southern edge.

The total phase can be seen in portions of Araucanía Region, Los Ríos Region, and a very small part of Bío Bío Region. Cities in the path include Temuco, Villarrica, and Pucón.

Detailed map – The Path of Totality through Chile